The empirical study in which we focus on the affective and emotional potential of music in shaping political collectivities also involves fieldwork at selected communal events, such as official and unofficial commemorations, festivals, protests. In addition to autoethnography, on which researchers of affective and emotional states often base their approach, we are primarily interested in the singing and listening experiences of active participants. Of course, a question immediately came up: How to capture those momentary states or bodily responses to music performance (before, during or after the event)? We wanted to collect data on an individual’s bodily experience, but we didn’t opt for a neuroscientific approach. Namely, we see such an approach as limited, as it often neglects previous experiences or histories of performance and listening involved in “current” bodily reactions (see Martin 2013). However, we don’t deny that a combination of the two would also contribute to our approach. 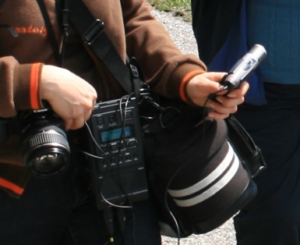 Our main goal was to collect experiences of affect and emotions ‘as fresh as possible’ and without the usual distance characteristic for classic ethnographic semi-structure interviewing – that usually happens sometime after the event/experience.

This, of course, does not mean that we weren’t aware that verbalized affective and emotional experiences have connections with the cognitive interpretations (which also became apparent after our ethnography). So, we decided to use an experimental approach based on the use of recording bracelets with an in-built microphone to allow singers to confide to the bracelet their experience during or immediately after the event. This also enabled us to record the very event and music and other activities taken by performers and the audience, and therefore also add a possibility of comparison between the “structure and course of the event” with the experiences of our interlocutors that participated in the study. 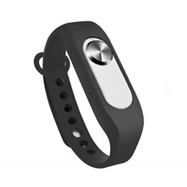 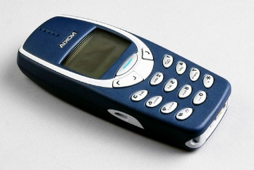 The songs can be heard on Youtube in several versions, performed by various choirs, including the Partizanski pevski zbor Ljubljana choir:

The singing made a prominent contribution to the collective affective states, which was evident in audience’s facial expressions, clapping, group singing, or standing up and sitting down at certain moments. I focused my ethnographic study on the choir singers and their affective experience through musical performance. In 2019 when I started my fieldwork, the singers were sitting among the audience during the event as their performance was scheduled for the very conclusion of the event. This allowed them to take different roles in shaping the affective collectivity and, from an empirical point of view, also enabled some of them to use the recording bracelets before their performance.

But before I move to discussing the methodological aspects, some words about the choir and its performance on the event are in order: the choir consists of almost 40 members at different ages, ranging from 18 to over 80 years old. The atmosphere between the singers is very relaxed and friendly, even between different generations. I am also a member of the choir, which did help me convince the singers to join my research and particularly to gain their trust and willingness to accept my request for recording and exploring their bodily, affective and emotional experiences. At first I thought that for an ethnography of collective singing 4 bracelets might not suffice, so I gathered some old ‘non-smart’ mobile phones and 2 dictaphones. All together 10 recording devices were given to the singers. Despite the ‘hi-tech’ appearance of recording bracelets (which in fact were just regular USB keys with a small microphone wrapped in silicone shape), many of the singers (mostly older people) preferred to use the mobile phone. 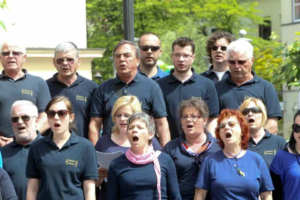 When choosing whom to equip with the recording bracelet, I took into account the different ages of singers, gender, andalso considered which singers I am closer to and which are more communicative in everyday situations. Thus, I got one rejection from a singer who explained that he was uncomfortable talking about his experience, and another one from a singer who chose to ‘write down’ his feelings on paper. Other singers also hinted to me that they find this methodology somewhat unpleasant and have only accepted it because of their acquaintance with me. Before the event and the recording, many also often asked what exactly do I expect them to narrate into the recording device. Since I had previously anticipated that people would prefer to have a more structured approach, I had already prepared a leaflet with the starting points for their narrative, and distributed it to some of them. Although I hesitated over this decision, the semi-structured approach proved not to be distracting, and the singers felt ‘safer with instructions’. However, in most cases, their narrative turned out to be quite free, and their thoughts were expressed in the direction that they wanted to.

From the mode of free, unstructured talking (irrespective of the content) one could also notice discomfort with the use of the language level. Knowing that they were ‘participating in scientific research’, some sought to adapt their everyday idiom to standard Slovene, as if research required a sophisticated use of language, words and forms of expression. The singer who decided to write his feelings on paper, ended up with a kind of ‘report’ on the performances of the choir over the years, and finally expressed how happy and proud he was to be singing in this choir. This loss of spontaneity in the narrative could be noticed especially with the older generation, while in addition to the difference in the way of expression, one could also notice the ability to express own feelings to others (or to the electronic device).  So it turned out that they verbalized their affective experience because of my instructions on the leaflets (where the meaning of the affective state had to be translated into the statement “something that you feel as a bodily change”) and even than in most cases with a sparse description of a bodily reaction like “my hair stood up on the end”. However, listening carefully to the recordings revealed that emotional states are also expressed in some particular words and phrases as well as in the mode of speech (e.g., haste, nervousness, pause during speech) when narrating their personal stories, memories, and the whole experience of the event.

The advantages or disadvantages of this methodology are still difficult to glean from one experience. It might be that moving away from the physical relation between the researcher and his/her interlocutor brings more unstructured and clearer narratives of individual’s affective states, emotions and feelings. On the other hand, such a relation (talking to an electronic device while thinking that someone will listen to it later) arouses discomfort. In any case, it must be remembered that the choice of our methodology must be taken into account as one of the elements that also affects the narrativization of affect and emotion.  Understandably, when affects and emotions are conveyed in a verbalized form, one always articulates in connection with personal experience, history, narratives of past experiences that form the present experience.

An affective experience (of sound) that is formed at the moment when a partisan song is sang may be focused on the here and now, but necessarily linked to or conditioned by past experiences of particular states/events/objects and emotions. That is why upgrading the described approach with autoethnography, in-depth interviews and participatory observation would certainly enrich it. On the other hand such approach is encouraging people to be aware of their affective and emotional states in certain situations, which is the step towards an awareness of the affective potentials structuring our experiences of past and present.